As of Jan. 15, 181 deaths have been reported to the U.S. government’s Vaccine Adverse Events Reporting System as possibly being related to COVID vaccines. 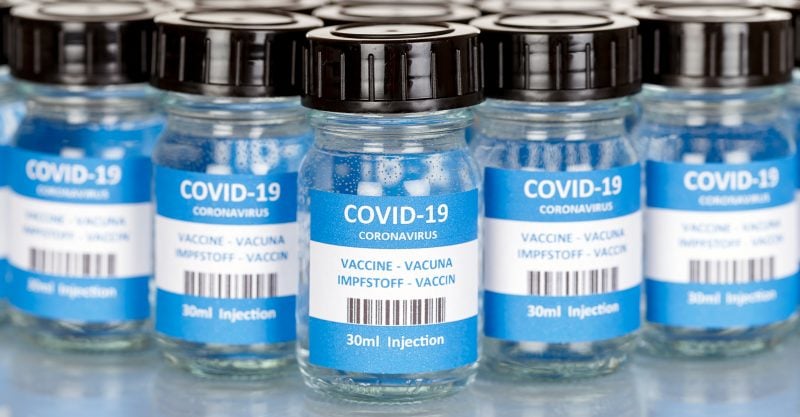 Multiple local, state and federal agencies are investigating the Jan. 21 death of a California man several hours after receiving the COVID vaccine.

Placer County Sheriff’s office said in a Jan. 23 Facebook post that agencies are “actively investigating this case.” They also mentioned that the man had tested positive for COVID in December. The U.S. Centers for Disease Control and Prevention (CDC) recommends that individuals who have already had COVID and fully recovered should still get vaccinated.

So far, in the U.S. only the Pfizer-BioNTech and Moderna vaccines have received emergency use authorization. According to news reports, it was unclear which COVID vaccine the man had received.

As of Jan. 15, 181 deaths have been reported to the U.S.government’s Vaccine Adverse Events Reporting System as possibly being related to COVID vaccines. A 2010 study by the U.S. Department of Health and Human Services concluded that “fewer than 1% of vaccine injuries” are reported to VAERS and experts say the government’s reporting system is “broken.”

Earlier this month, The Defender reported on the death of a 56-year-old doctor 15 days after receiving the Pfizer vaccine, and on numerous deaths among the elderly in Norway and Germany.

Meanwhile reports of injuries continue to surface in the media, including an article in the Jerusalem Post about a 17-year-old who was hospitalized in the intensive care unit after receiving the second dose of a COVID vaccine. Hospital officials told the Post they did not believe the boy’s illness was related to the vaccine.

Dr. Anthony Fauci told reporters last week that he was “knocked out” after receiving the second dose of the vaccine, but says he feels fine now. Fauci received the first dose of the Moderna vaccine in December on live television to boost the public’s confidence in the vaccine.

The CDC reported 21 cases of anaphylaxis in people who received the COVID vaccine between Dec. 14 – 23, and another 10 between Dec. 23 – Jan. 10. Anaphylaxis is a life-threatening allergic reaction.

Last week, The Defender reported that allergic reactions had caused California health officials to hit pause on a large batch of Moderna vaccines. A few days later, Moderna said it was okay to resume using that batch.

“The U.S. drug giant, which has a history of successfully developing vaccines, had adopted a different strategy from rivals Pfizer Inc., Moderna Inc. and Johnson & Johnson, using a more traditional approach of focusing on shots based on weakened viruses.”

Children’s Health Defense asks that anyone who suffers any side effect, from any vaccine, report it, following these steps.