Despite the narrative AND the lack of proof by the World Health Organization (WHO), an award-winning scientist provides proof:

A new study from renowned University of Hamburg researcher Roland Wiesendanger concludes the Wuhan Institute of Virology WAS the “cause” of COVID-19. 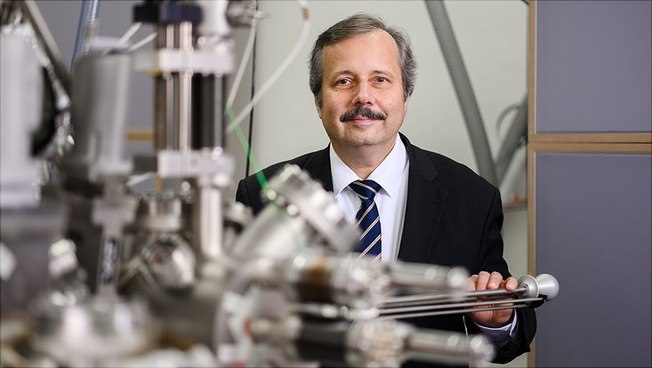 The February study argues against two prevailing theories that COVID-19 was transmitted to humans either via a wet market or a lab accident.

“To date, there is no scientifically based rigorous evidence for either mentioned theories,” Wiesendanger, a three-time recipient of the prestigious European Research Council grant.

Wiesendanger’s 105-page report continues, asking: “is the current global crisis actually the result of a coincidence in nature – a coincidental mutation of a coronavirus a bat with the assistance of an intermediate host – or the result of a Scientist carelessness when carrying out the project is high-risk research with global pandemic potential?”

To answer the question, Wiesendanger cites 600 incontrovertible facts to bolster his theory that “the number and the quality of evidence clearly indicate a laboratory accident at the Wuhan Institute of Virology.”

A summary of the report outlines the primary arguments in favor of Wiesendanger’s case, emphasizing the fact that the host has still not been identified; the virus can “couple surprisingly well to human cell receptors”; The Wuhan lab “carried out genetic manipulations on coronaviruses for many years with the aim of making them more contagious, dangerous and deadly for humans”; and that there were “significant safety deficiencies” at the facility:

The report also notes a cover-up orchestrated by the Wuhan Institute of Virology:

There is ample independent evidence that a young researcher from the Wuhan Institute of Virology is the first to deal with the novel coronavirus and was thus at the beginning of the COVID-19 infection chain. The entry on the website of the institute has been deleted and has been considered as disappeared.

Since 1986 Weisendanger’s work has been cited over 35,000 times, he has reviewed proposals for over 30 national and international funding agencies, authored 2 textbooks and 620 publications, and sits on or advises 130 international conferences. He has also received over 20 awards, including becoming an elected member of the European Academy of Sciences and earning the Hamburg Science Prize of the Hamburg Academy of Sciences.

The study was completed in January 2021 and initially distributed and discussed in scientific circles. The aim of the publication is to stimulate a broad discussion, particularly with regard to the ethical aspects of so-called “gain-of-function” research, which makes pathogens more contagious, dangerous and deadly for humans. “This can no longer only be a matter for a small group of scientists, but must urgently become the subject of public debate,” says the author of the study. The study is published at: http://doi.org/10.13140/RG.2.2.31754.80323