New analysis from the Israeli Health Ministry concluded Pfizer’s COVID vaccine killed “about 40 times more (elderly) people than the disease itself would have killed” during a recent five-week vaccination period, and 260 times more younger people than would have died from the virus. 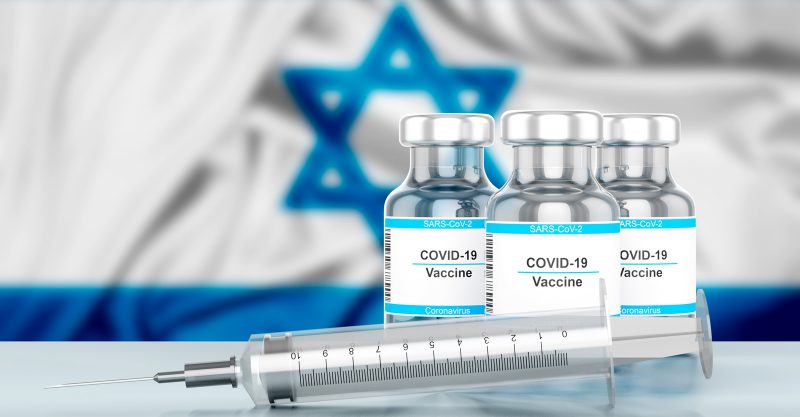 While in January a group of independent doctors concluded that experimental COVID-19 vaccines are “not safer” than the virus itself, a new analysis of vaccine-related death rates in Israel demonstrates that this may indeed be the case to dramatic levels.

A re-analysis of published data from the Israeli Health Ministry by Dr. Hervé Seligmann, a member of the faculty of Medicine Emerging Infectious and Tropical Diseases at Aix-Marseille University, and engineer Haim Yativ reveal, in short, that the mRNA experimental vaccine from Pfizer killed “about 40 times more (elderly) people than the disease itself would have killed” during a recent five-week vaccination period. Among the younger class, these numbers are compounded to death rates at 260 times what the COVID-19 virus would have claimed in the given time frame.

While the full mathematical analysis may be found in the article itself, the authors demonstrate how among “those vaccinated and above 65, 0.2% … died during the three-week period between doses, hence about 200 among 100,000 vaccinated. This is to be compared to the 4.91 dead among 100,000 dying from COVID-19 without vaccination.”

“This scary picture also extends to those below 65,” the researchers continued. During the five-week vaccination process “0.05%, meaning 50 among 100,000, died. This is to be compared to the 0.19 per 100,000 dying from COVID-19 (who) are not vaccinated … Hence the death rate of this age group increased by 260 (times) during this five-week period of the vaccination process, as compared to their natural COVID-19 death rate.”

As reported by IsraelNationalNews (INN), Seligmann is of Israeli-Luxembourg nationality, has a biology degree from Hebrew University of Jerusalem, and has written more than 100 scientific publications. INN reports the researchers “have no conflicts or interests other than having children in Israel.”

Yativ and Seligmann stipulate that even these “estimated numbers of deaths from the vaccine are probably much lower than actual numbers as it accounts only for those defined as COVID-19 deaths for that short time period and does not include AVC and cardiac (and other) events resulting from the inflammatory reactions.”

Nor do these numbers “account for long-term complications,” they write.

In addition, within several months they expect “mid- and long-term adverse effects of the vaccination as ADE (Antibody-dependent Enhancement)” begins to become manifest in those who have received the experimental Pfizer vaccine.

As explained by America’s Frontline Doctors (AFLDS), ADE “is when anti-COVID antibodies, created by a vaccine, instead of protecting the person, cause a more severe or lethal disease when the person is later exposed to SARS-CoV-2 in the wild. The vaccine amplifies the infection rather than preventing damage.”

AFLDS provides an example of a vaccine produced to fight the Dengue fever, which resulted in deaths of 600 children in the Philippines due to ADE, and the filing of criminal charges against the decision-makers in 2019.

For these reasons and more, AFLDS and many other doctors strongly discourage the use of these experimental vaccines for most people while only acknowledging that it may be plausible for those over 70 years of age, yet acknowledging that such injections are “a higher risk than early or prophylactic treatment with established medications” (sources here, here, here, and here).

Given these death rates, Yativ and Seligmann also have harsh criticism for the severe pressure being imposed upon the population by Israeli authorities to receive these shots. According to INN, the researchers call these draconian efforts “a new Holocaust.”

In the past weeks, Israel’s government made headlines when they adopted a “green pass” system, allowing people who have been injected to receive a green code, which then grants them entry into places such as entertainment and leisure facilities.

As the country reopens after a two-month lockdown, the green pass would be given only to those who had been injected, not to people who tested negative for the virus. The proposed benefits include access to “non-essential” businesses as well as not being required to self-isolate if identified as a close contact of a confirmed case of COVID-19, and not having to self-isolate after a return from what the government calls a “red location.”

Despite there being no proof that these experimental vaccines actually prevent transmission of the virus, Israel’s minister for health, Yuli Edelstein, said upon the release of the vaccine “passport” that “(g)etting vaccinated is a moral duty. It is part of our mutual responsibility.” He went further, declaring, “Whoever does not get vaccinated will be left behind.”

The green pass needs renewing every six months, and despite holding one, an individual must still abide by masking and physical distancing rules. The Jerusalem Post also reported that legislation is being considered to grant employers the right to refuse unvaccinated people entry into the workplace.